In this current extraordinary situation we are glad to inform you that we are in full operation and have taken corresponding precautions to remain a strong and reliable partner for you.

The health of the employees has highest priority and therefore we have taken precautionary measures to reduce the risk of infection and to ensure continuous operation at our premises.

The Speck group in Roth is there for you in those difficult times. This means, your contact persons are available under the known phone numbers or by email.

We are wishing you strength and deliberateness in this difficult situation. Take care of yourself and your families and first of all, stay healthy.

The team of the Speck group in Roth 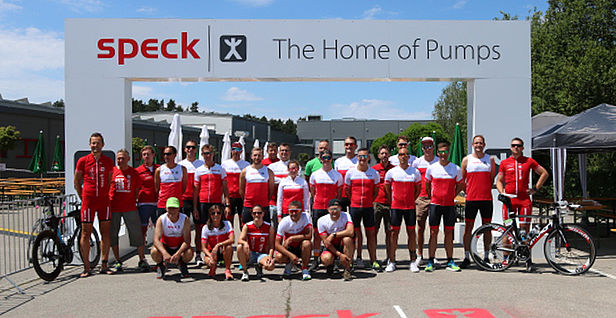 Triathlon-feeling at the hot spot of Speck

As part of the worldwide biggest triathlon event on the long distance Speck was for the fifth time one of the hot spots of the DATEV-Challenge in Roth.

3.400 triathletes and the runners of the 650 relays from 84 different countries crossed the company site of Speck twice during the running course and were highly motivated by the viewers. Among the participants started also nine relays for Speck at this year’s DATEV-Challenge.

For almost two decades now the Challenge Roth has been the highlight of the triathlon season and enjoys great popularity from the athletes as well as from the fans. Already at 6.30 a.m. the 3.8 km swimming match started and was followed by the 180 km cycling race. During the final 42 km marathon race the athletes crossed the company site of Speck twice and were motivated to perform at their best by our viewers and staff.

To make sure that our spectators did not miss out on anything, we offered culinary treats and cool beverages for the catering at our party mile. Our little visitors could try out their sporting skills at our playground and amused theirselves in the bouncy castle.

Besides the moderation of the multiple Challenge participant and Speck employee Torsten Hahn in alternation with Martin Hundt, employee of our representative Huckauf Ingenieure GmbH, there was a livestream during the event to inform our spectators about the current state of the competition. Furthermore DJ Jonas created a great atmosphere by playing the best rock and pop hits.

For the first time in the history of the DATEV-Challenge Roth a franconian participant, Andreas Dreitz, won the race in a time of 07:59:02 hours. Lucy Charles-Barclay won the women’s race and crossed the finish line in a time of 08:31:09 hours.

The relay Speck 2 was the best of the Speck relays with a time of 09:09:33 followed by the relays Speck 1 and Speck/Huckauf 1. Again the DATEV-Challenge was an unforgettable event in Roth and we are looking forward being part of this event once more on the 5th of July 2020 with the party mile on the company site of Speck. 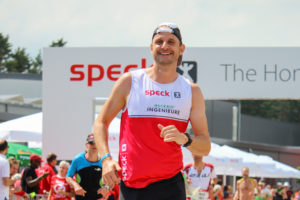 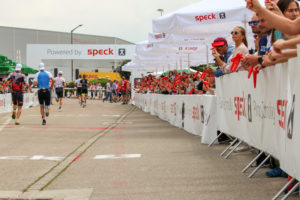 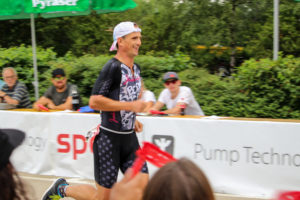 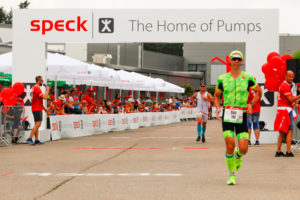 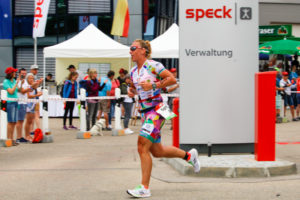 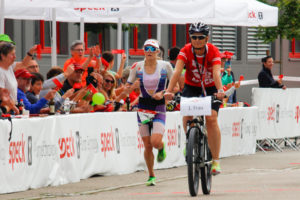 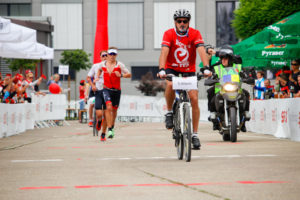 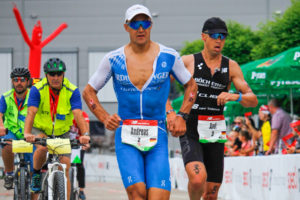 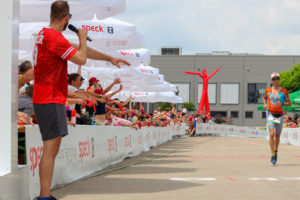 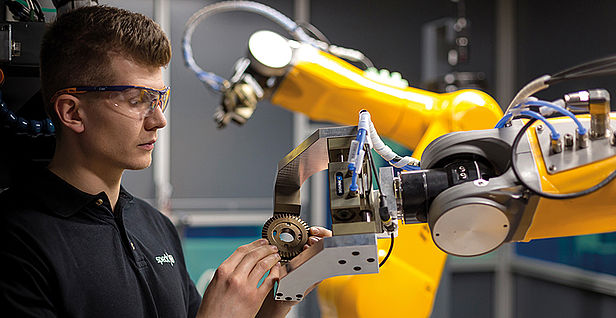 The trainees recruitment day on Friday, May 3, 2019 was completely successful for Speck.

Numerous pupils took advantage of the opportunity to get a taste of their desired professions and to look behind the scenes of the family business of Speck, which sells 230,000 high-quality pumps and compressors in over 80 countries every year.

The trainees recruitment day provided an extensive program for all guests:
Besides an informative company tour through the shipping department, the assembly hall, the mechanical manufacturing and the warehouse with interesting data and facts about Speck, participation activities were offered to interested pupils throughout all seven possible training professions.

In order to gain an insight into the day-to-day work of Speck, various activities such as engraving a key ring in the traineeship workshop or creating offers in the sales department could be tried out.

Finally, all visitors were able to strengthen themselves with hot dogs, fries, ice cream and cool drinks in the new company restaurant. There, the trainees were also available at information booths for further questions. In order to prepare perfectly for upcoming job interviews and recruitment tests, an application training was also offered.

We would like to thank all guests for their visit and the interesting conversations. In addition, we are already looking forward to receiving incoming applications for traineeships and internships.<> 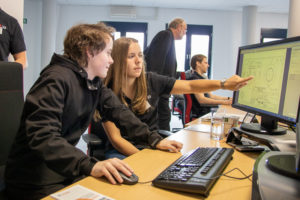 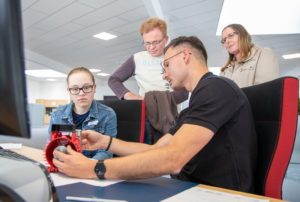 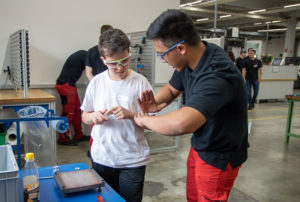 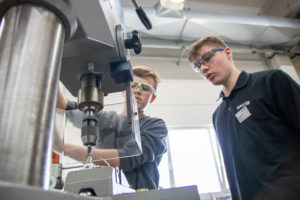 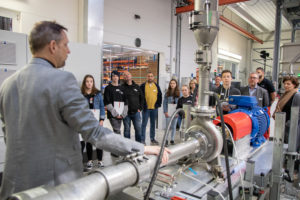 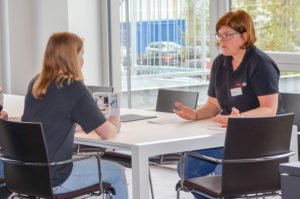 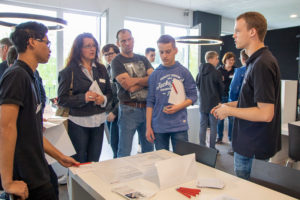 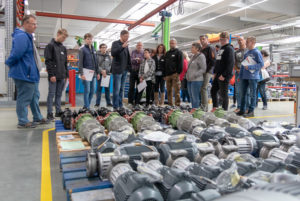 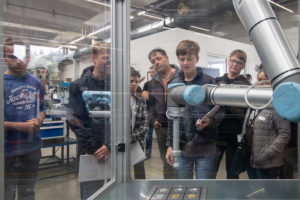 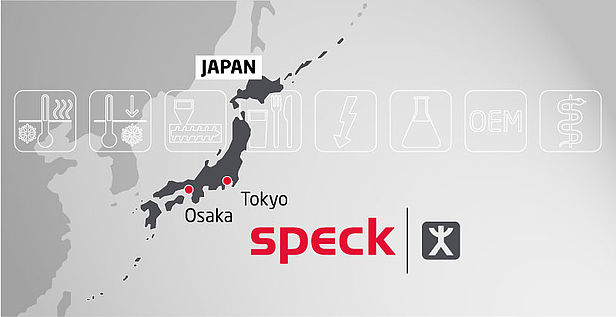 From November 2018, Speck Japan Co. Ltd. will take over the distribution of Rodateq, Inc. in Japan and is the eighth subsidiary of Speck.

Rodateq, Inc. was founded more than 20 years ago by Mr. Yukitaka Hara in Osaka and since then has been representing Speck very successfully in Japan.
Mr. Hara will continue his significant work as CEO of Speck Japan, supported by his five employees.

They are focussing on the sales and service of magnetically coupled small pumps for applications in heating and cooling technology, industrial cooling, plastics industry, food industry, chemical industry and in medical technology.

Regarding the re-foundation of Speck Japan Co, Ltd. find out more under: www.speckjapan.com

Investment in the future

On an area of 3,500 m², Speck is building a state-of-the-art logistics warehouse at the headquarters in Roth

The cornerstone for the extension building at the headquarters of Speck in Roth has been laid in September 2016.

On an area of 3.500 m², a logistics warehouse with three levellers and a fully automatic mobile pallet racking for raw materials is being built. This enlargement offers space for quality control, offices, sanitary facilities and a plant canteen on the first floor.

With this nw investment, Speck meets the requirements of the constantly rising company growth and increasing number of employees.

The inauguration of this building with latest warehouse technology is planned for the month of June 2017. 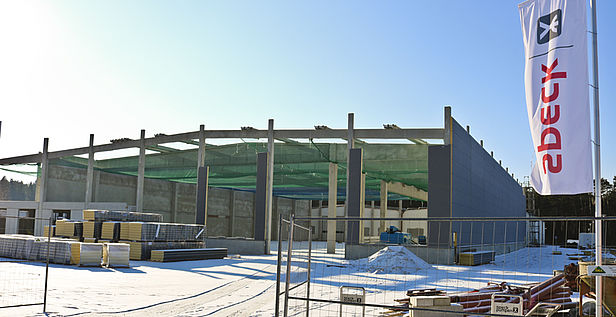 Hundreds of visitors have experienced high-performance sports on top level 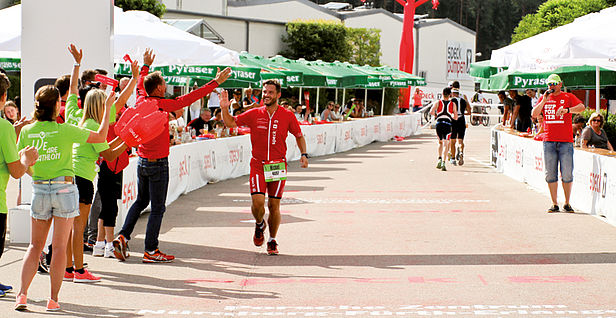 For the 15th time, the largest triathlon event in the world – the DATEV Challenge – took place in Roth on July 17th 2016.

As a major sponsor, SPECK now opened for the second time its top spot along the marathon track, which runs through the premises at kilometer 3.7 and 35.5.

Four SPECK relay teams and two individual starters of SPECK played an active role in the DATEV Challenge. We are happy about the participation of our representative Huckauf Ingenieure from Langenfeld. They added two further relay teams to the Speck Team.

All other sports-mad employees supported as volunteers or “cheerleaders” and gave their best to present the visitors and athletes a tremendous and outstanding competition. Torsten Hahn and Martin Hundt informed the visitors about the race competently and pushed the athletes to top performances.

The visit of Federal State Minister of Justice Heiko Maas highlighted our event, as he witnessed the SPE(C)Ktacle first hand.

This year we have been privileged to welcome the Porsche Zentrum Nürnberg-Fürth-Erlangen as an exhibitor on our hot spot. Our guests could make themselves familiar with the next generation of Porsche sports cars.

Gasthof Winkler from Alfershausen created „Fast-Food-Schmankerl“ – like beef burgers, veggie burgers and Franconian specialties – and that was to the taste of our visitors.

The athletes of Team SPECK were very satiesfied with the results of the course. Their goals could be reached and sometimes they even managed to beat the timelimits set by themselves. At the end of the day, all athletes and supporters met in a get-together to pass the competition in review.

As expected,  Ironman World Champion Jan Frodeno won the triathlon. With a tremendous time of 7:35:39 hours he beat the existing world record of 7:41:33 hours for the long distance course. The women’s race won Daniela Ryf from Switzerland and finished the competition over 3.8 km swimming, 180 km biking and a 42.195 Kilometer marathon with her personal record of 8:22:04 hours.

We like to thank all athletes, visitors and especially the supporters for this wonderful and successful day and look forward to the next exciting challenge on 9th July 2017. 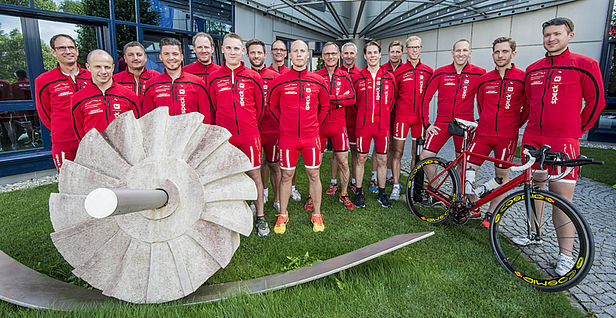 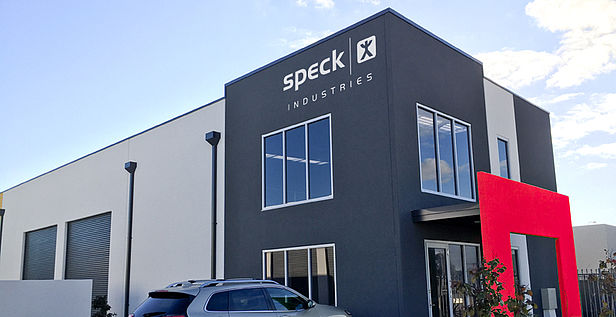 Opening in July 2016, Speck is now represented in Australia and New Zealand with its new subsidiary, Speck Industries Pty Ltd. based in Gnangara, a northern commercial hub in the thriving metropolis of Perth.

A newly constructed office & warehouse facility has been procured by Speck Industries, from which Speck’s complete range of products are available.

Having previously been a Speck sales partner for Australia, Manager Gary Heiden has many years of experience in the sale of both liquid and vacuum pumps, and in particular, Speck products. Gary’s main focus will be in developing the OEM and reseller market throughout Oceania region. 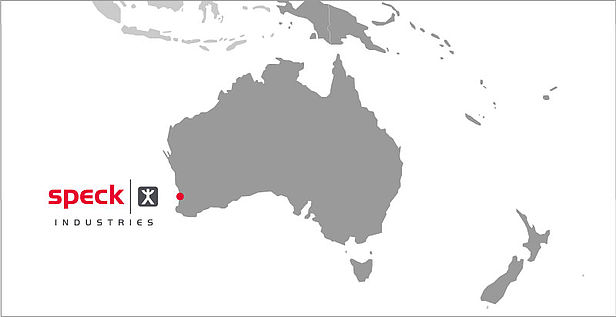